*PPBC does not verify “listing” information. Take all steps needed to ascertain content and level of expertise.

Well beyond his years and hailed as a “real bluesman” Alfonzo bring music that transcends social boundaries while taking you on an emotional ride from the Delta to Chicago and then into unexplored territory. As a performer, songwriter, producer and multi instrumentalist from Colorado, Alfonzo’s beatnik style Soul, Blues and Funk provides stories of a thousand different cities in his songs. Frequently sharing the stage with both local and nation’s favorites, Alfonzo puts on a fully immersive stage performance that leaves the audience begging for more! The Austin Johnson Band is the premier Colorado based “soul/funk/country/jazz/blues/gospel” band. At only 25 years old Austin has already been named best guitarist in the Colorado as well as a finalist in the International Blues Challenge. The band consists of blistering keys by Bailey Hinton of NOLA, Bass from local favorite Noah Mast, and drums by Reggie Thompson. AJB can be broken down to solo, duo, trio, or full band. You won’t want to miss the youthful vibe to this amazing band.

BJ Estares and Route 61 have been playing blues, classic rock, and original songs in the Pikes Peak Region since 2005 and have been playing a monthly gig in The Lounge at Bronco Billy’s in Cripple Creek, Co. since 2015. They perform annually at Hillside Gardens and, in solo/duo form, at the Coyote Coffee Den in Penrose, Co. Most recently, the Route 61 Duo, featuring BJ and bassist Mike Berg, have been performing monthly on “Thursday Blues Night” at Motif Jazz Cafe. BJ & Route 61’s CD release, “Easy Street”, was dubbed 2012 winner of the Pikes Peak Blues Community’s “Best Self Released CD” challenge and were elected as Pikes Peak Blues Community’s representatives at the International Blues Challenge, Memphis, TN in 2014. 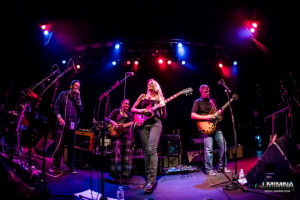 Cass Clayton has two different bands, one being a straight blues band, and the other taking in broader influences but still having the blues as its foundation. Here’s a brief description of each:

Cass Clayton Band sprang out of a collaboration with Taylor Scott that led them into the studio to record their own originals in 2017. Cass is known for her smoky 3-octave vocal range and soulful style, as well as her slide guitar playing. Taylor has a long history as an international touring guitarist/singer/songwriter with the Otis Taylor Band and Taylor Scott Band. They are both heavily influenced by funk, soul, jazz, blues and rock-n-roll. Their music presence before an audience is a funky, blues-rock essence with hints of classic soul music. While the music defies a single genre, every song they do together is built from powerful lyrics and stories that build to the end and keep people moving on the dance floor. Sandi Cleveland, niece of trombone great Jimmy Cleveland, grew up in a musical family of 13. Her mother played piano at the local gospel church. Offered a recording contract at 16, her father refused to sign it stating she was too young. College and life obligations took her in different directions. Upon moving to Chicago she performed in numerous clubs and was introduced to The Jackson 5, Minnie Ripperton, Pervis Staple, Coco Montoya, and others. She recorded two singles for release on USA Records, before they folded. Listen to them on Spotify. She met John, after answering an add for a female singer. The two have been performing together for decades. They relocated to Colorado Springs in late 2018, recruited several talented local musicians and reformed The Cleveland Experiment; performing a mix of Blues, Motown, Soul, Funk, Jazz with an occasional piece of Classic Rock. Something for all tastes. “If it’s got a groove we like to play it,”

Sandi is quick to say, “I’m a better entertainer than I am a singer.” If that’s true, then you know you’re in for a great night of fun. Look to The Cleveland Experiment and see what Chicago audiences have been enjoying for years. 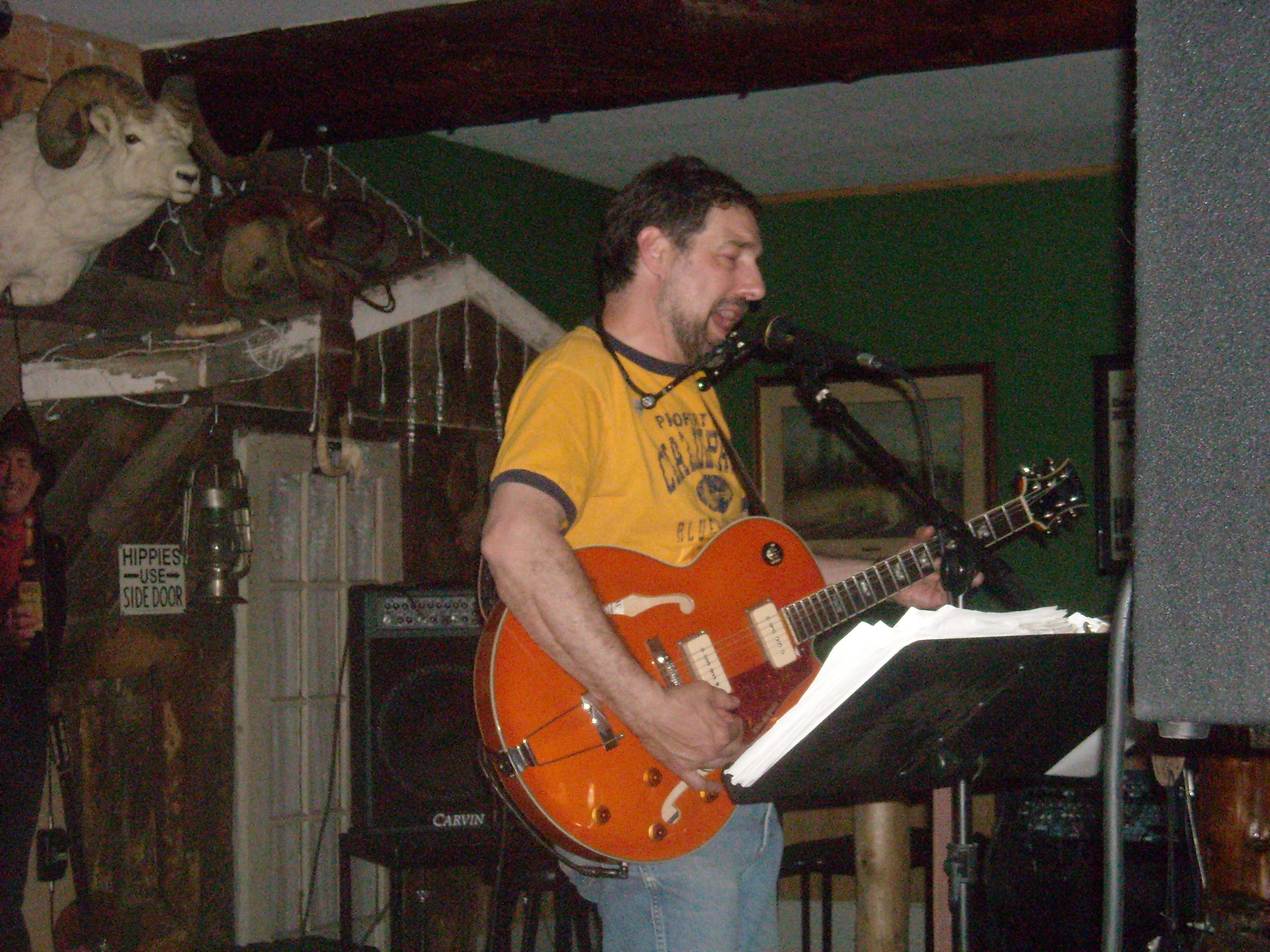 “In the midst of putting together the band and currently recording a solo CD!! I am playing these out solo acoustic with guitars, diatonic and chromatic harmonicas as well as vocals.

Hire me you get Blues, Rock, Jazz, Jam, Originals and Covers. The band will revolve around these elements and I have written exclusive delta, folk, jazz, spiritual, country, and rock numbers. Some geared toward solo, others are band numbers only. The CD will be out soon from Prodigal Production studios in Parker, CO.

You can go to my record label smoketonerecords.com for more details and clips of songs and video.” 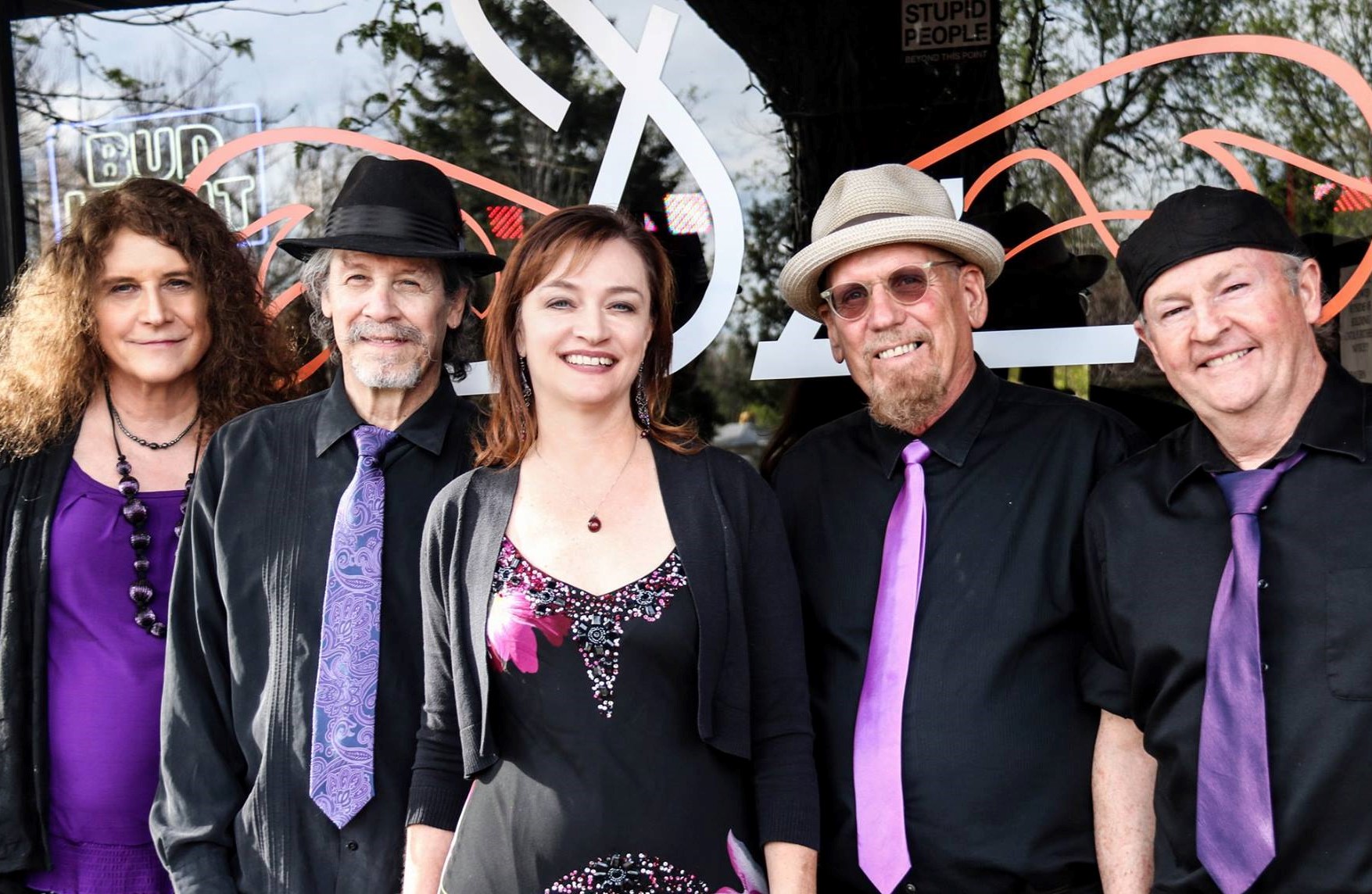 Deborah Stafford & The State of Affairs

Fun and Funky Blues. Soulful female vocals, wailing sax, awesome guitar, solid bass and drums. This band won the Mile High Blues Society Blues Challenge in 2018 and will represent Colorado at the International Blues Challenge in Memphis. Their new CD, “Blused & Confused” is gaining fans and radio airplay all over the state. 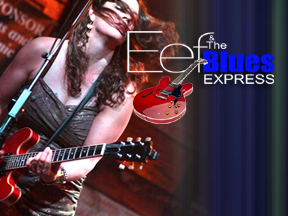 Eef and the Blues Express

Eef and the Blues Express is one of Colorado’s premier blues bands. Ever since this dynamic five-piece was formed in 2009 they have been hitting the scene running. They were a semi-finalist at the 2017 International Blues Challenge in Memphis TN, and were at the IBC previously in 2015. They have toured the Mid-West and have opened for numerous national acts including Coco Montoya, Samantha Fish, Bernard Allison and Tinsley Ellis. In 2015 they were nominated by the local newspaper ‘Westword’ for ‘Best Blues Band’. In 2013 Eef was awarded ‘Songwriter of the Year’ at the CBS Members Choice Awards. Recently headlining the blues stage at The Montreal Jazz Festival, Beale Street’s latest success story, 5-time Blues Blast Music Award Nominee and International Blues Challenge Runner-up is Ghost Town Blues Band. Not your grandpa’s blues band, their live show has been captivating audiences in the U.S., Canada and Europe with their “second-line horn entrance,” cigar box guitars and electric push brooms to Allman Brothers style jams and even a hip-hop trombone player. The band’s stage show and energy is unparalleled and has been called the best new live blues show in the world.

Horns, harmonies and homegrown instruments combined with an energetic and roots rich festival set makes Ghost Town Blues Band one of the “must see live bands on the festival scene today.” 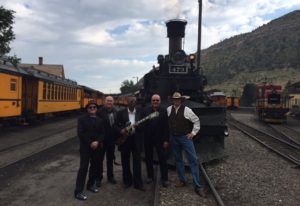 The King Stan Band has been a Colorado favorite for over 10 years.  Authentic is the word used most to describe KSB.  Lead by master blues-man “King Stan” Stroman, the band is a mix of blues and 60’s soul.  Stan started his career at the age of 14 opening at the Apollo Theater in New York.  He has toured and recorded with Wilson Pickett, Junior Walker, Clarence Carter and many more.  When Stan tells the band to play a certain note or chord, it is because “That’s the way Wilson Pickett” told me to play it.  The 6-piece band has some of Colorado’s most talented musicians including John “Machine Gun” Gallagher on Bass.  John has had a 40-year career including playing with many music greats including; Lenny Welch, Bobby Rydell, and Bobby Sherman. Lead guitar is handled by Ted “Guitar” Loughery.  Ted’s Slide is unmatched in the Rocky Mountain area.  The King Stan Horn section has won multiple awards as the best in the front range.  King Stan’s freight-train rhythms are handled by long time Denver drummer Mark Marusin.  His foot stomping beats will get anyone on their feet.

As a proud member of the Pikes Peak Blues Community, the King Stan Band looks forward to playing in the Colorado Springs area! 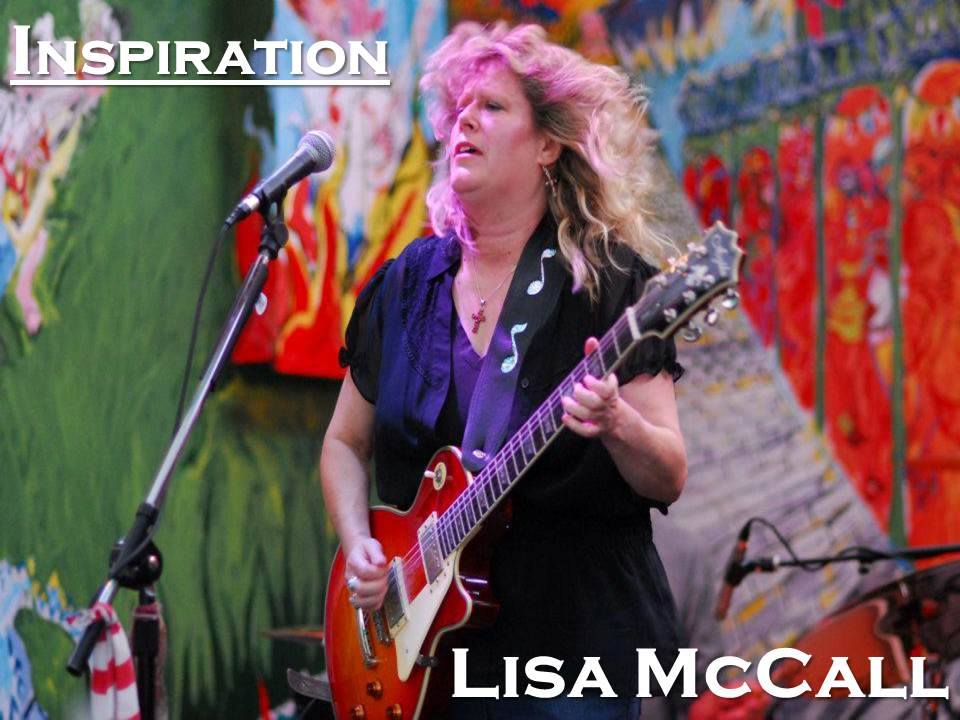 “Lisa just tore the place up with her playing! She is definitely another guitar wiz I am going to want to see a lot more of in the future. Once you hear her play, it’s easy to see how Lisa picked up that nickname; a guitar in her hands IS a lethal weapon.” – Chick Cavellero – Boulder Outlook Blues News Letter #64 Mélange plays Blues with a TWIST! Mélange plays a mix of Blues and Traditional Instrumental Blues tunes complete with a horn section. There may not be a more honest bluesman than Mike Zito, whose 15th album ‘First Class Life’ comes out May 11 on Ruf Records. The rocking yet poignant title track explores his journey from addiction to sobriety and then musical recognition; he is a two-time 2017 Blues Music Award nominee. “Second chance at a first class life,” he sings, recalling the hard times. The Texas-based musician smiles and continues, “I grew up poor in St. Louis, and now I’m travelling the world to sing my songs.”

Zito’s star has been on the rise of late both solo and as a member of the Royal Southern Brotherhood, with bandmates Cyril Neville, Devon Allman, Charlie Wooton and Yonrico Scott. 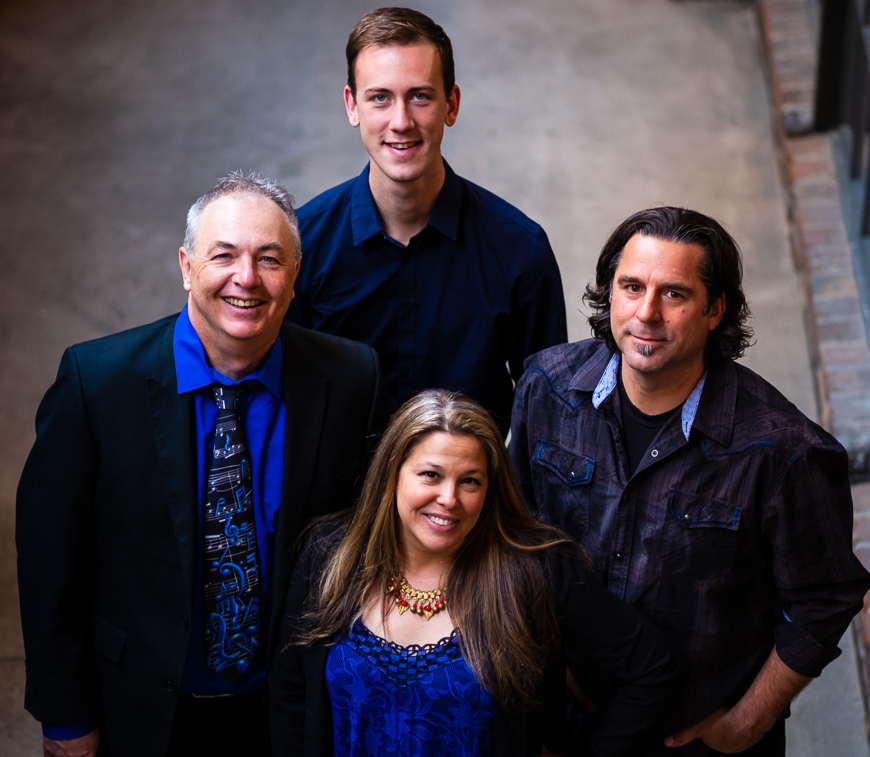 Mojomama has been on the Colorado music scene for over a decade. They were a semi-finalist in the 2018 International Blues Challenge in Memphis and have been selected to return for 2019 representing the Colorado Blues Society. In 2015 Mojomama won best self produced CD and favorite female vocalist for 2015 and 2018 from the Colorado Blues Society. Founding members Jessica and Paul Rogalski continue to push the band forward by writing new songs and performing on a regular basis. Mojomama brings their own flavor of Blues to the table. Mixing traditional Blues styles with a bit of Funk, a splash of Jazz, a spoonful of Rock n Roll and topping it off with a zest of female lead vocals. The members of Mojomama individually contribute their own styles to the music.

Having Paul on bass and Taylor Edwards on drums creates a tight foundation for the rest of the band to shine. Bob Murnahan brings the guitar to new places with his captivating style while Jessica soars on top with her soulful voice. Mojomama is a solid original band that will be around for years to come. 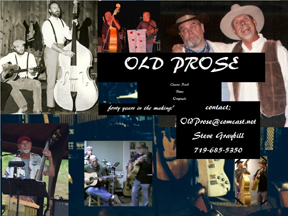 Old Prose is a duo 40 years in the making.  Steve Graybill and Scott Leonard have performed together in a variety of acts in the Pikes Peak Region for over four decades. Old Prose’ performs Blues (new and old), Classic Rock, and Originals.  Complete with strong vocal harmonies.

All the band members have a passion & love of R&B. Looking at our song preferences it was obvious our pocket was “Motown To Memphis”! Mike’s voice drives our sound from soft ballads to raspy rock classics, Chuck & Mike S add the backup harmonies, Paul and Chuck add great solo’s and it’s driven by a solid rhythm section. We bring a high energy experience with familiar and danceable songs for the bar scene, concerts and private / corporate events. Blues with some rock, country, and roots. 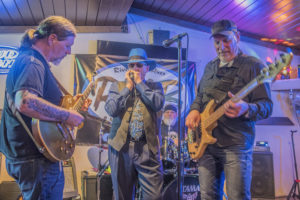 River City Blues serves up a full menu of high energy, guitar and harmonica centered blues seasoned with a dash of southern rock. Check them out at RCBlues.com! 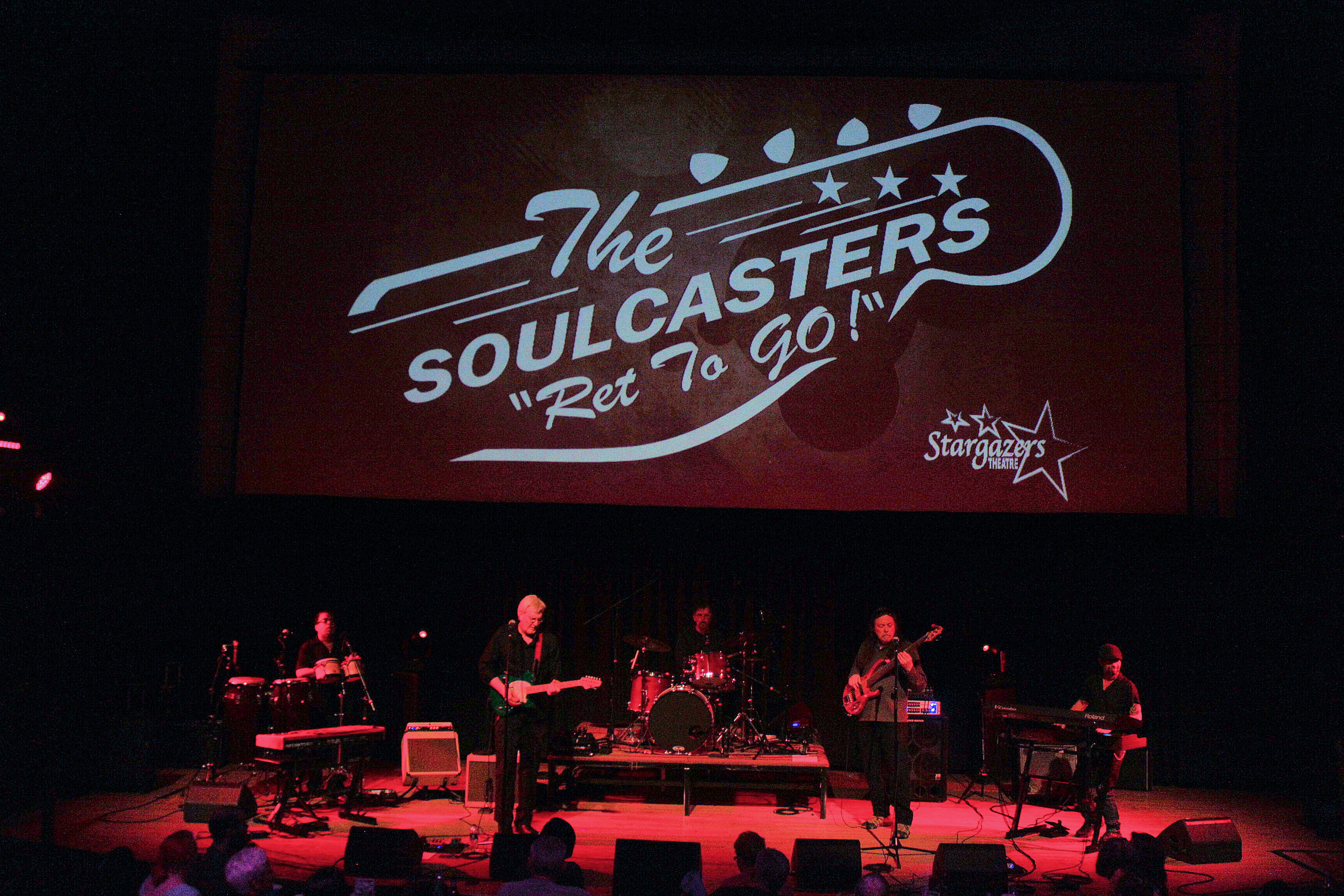 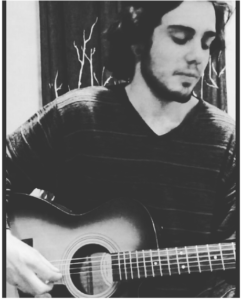 Taylor Dolan is a nineteen year old original fingerstyle guitarist whose music is influenced by blues and classic rock.